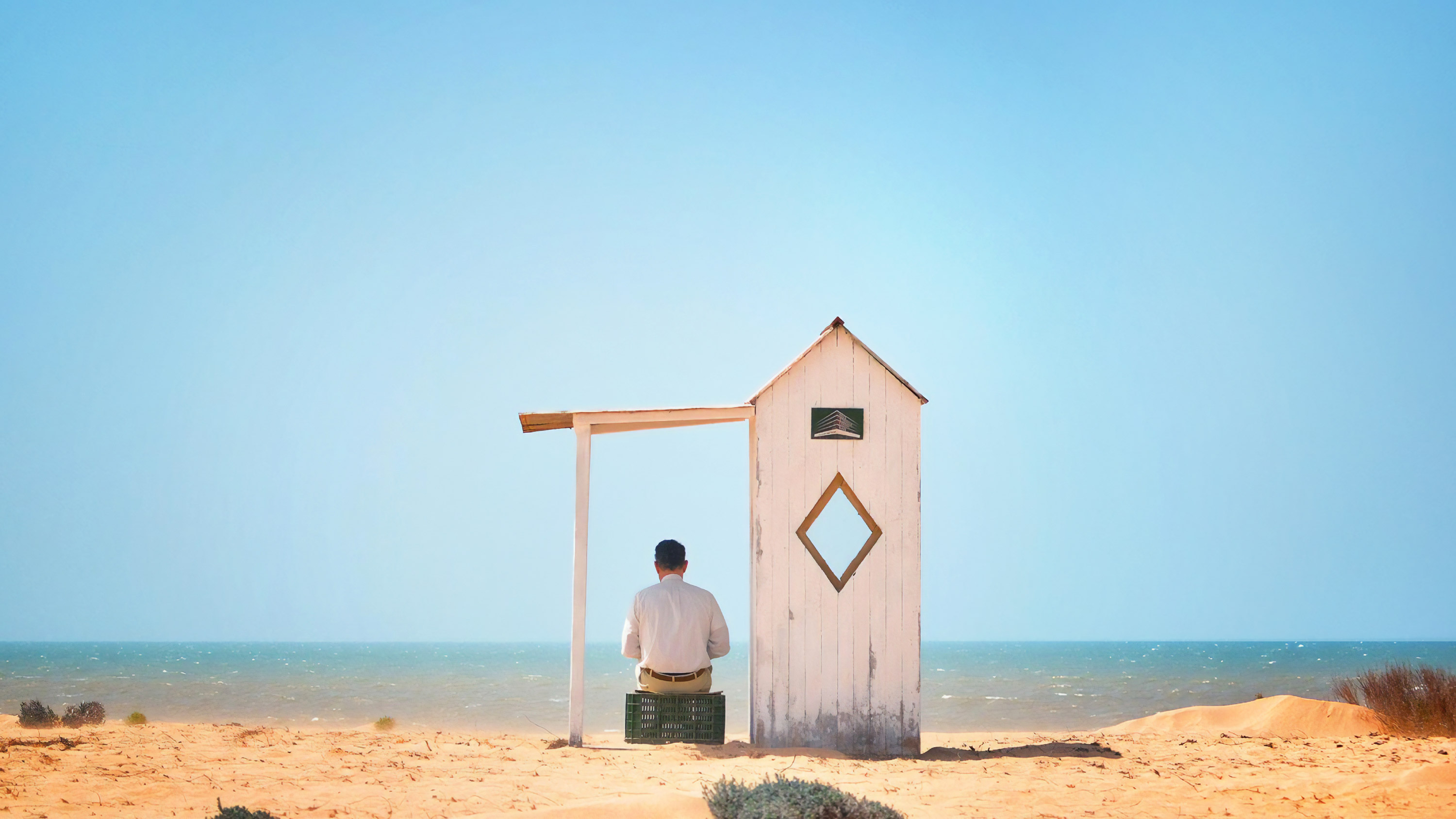 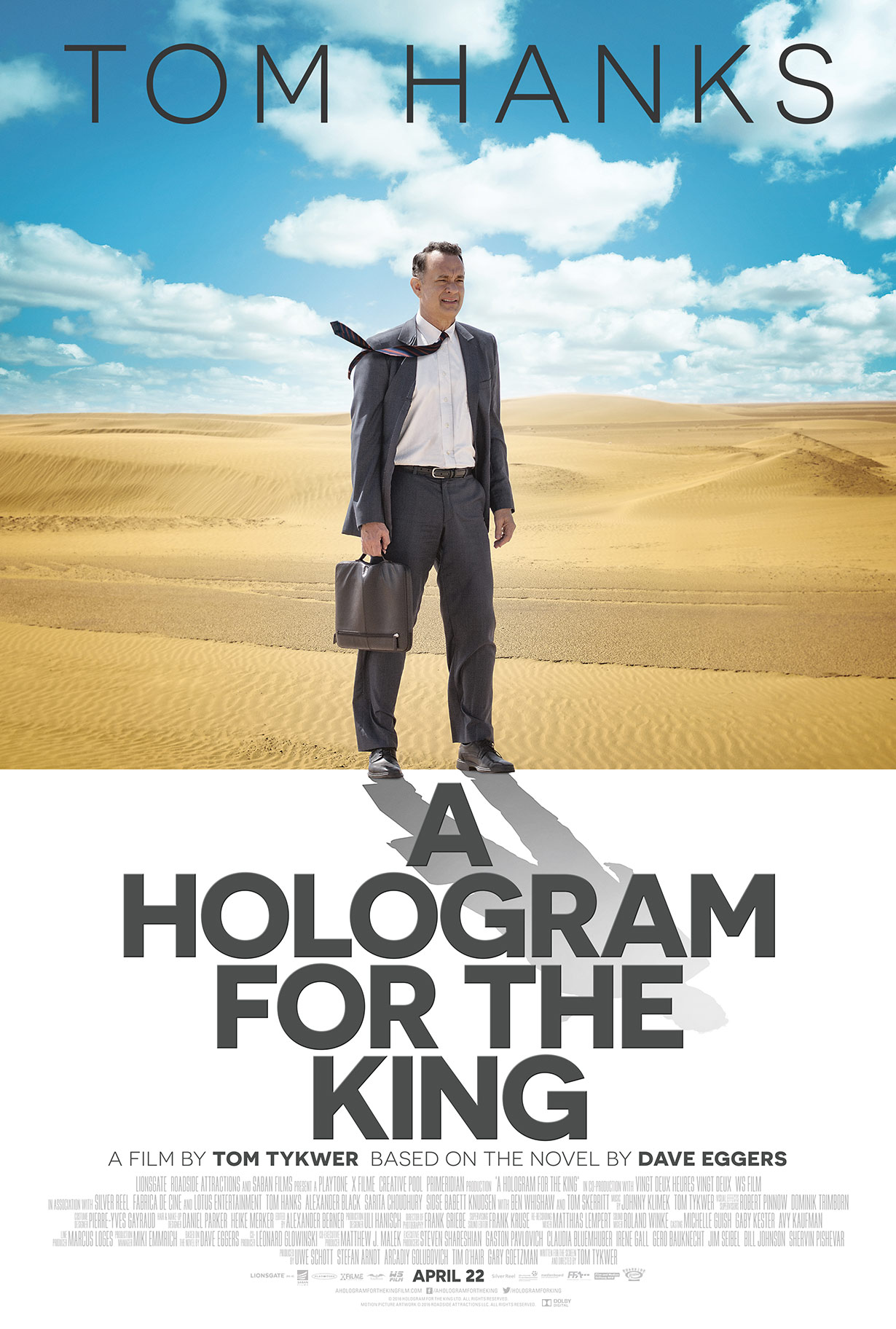 Tom Hanks (Alan) is an award-winning actor, producer and director. One of only two actors in history to win back-to-back Best Actor Academy Awards®, he won his first Oscar® in 1994 for his moving portrayal of AIDS-stricken lawyer Andrew Beckett in Jonathan Demme’s Philadelphia. The following year, he took home his second Oscar® for his unforgettable performance in the title role of Robert Zemeckis’ Forrest Gump. He also won Golden Globe Awards for both films, as well as a Screen Actors Guild (SAG) Award® for the latter.

Hanks has also been honored with Academy Award® nominations for his performances in Penny Marshall’s Big, Steven Spielberg’s Saving Private Ryan, and Robert Zemeckis’ Cast Away, also winning Golden Globes for Big and Cast Away.

Hanks was most recently seen in Stephen Speilberg’s Bridge of Spies, and has upcoming films that include Tykwer’s A Hologram for the King, Ron Howard’s Inferno, James Ponsoldt’s The Circle, and Clint Eastwood’s Sully.

His other feature credits include the Tom Tykwer, Andy Wachowski and Lana Wachoski film Cloud Atlas, Stephen Daldry’s Extremely Loud & Incredibly Close, the animated adventure The Polar Express, which he also executive produced and which reunited him with director Robert Zemeckis; the Coen brothers’ The Ladykillers; Steven Spielberg’s The Terminal and Catch Me If You Can; Sam Mendes’ Road to Perdition; Frank Darabont’s The Green Mile; Nora Ephron’s You’ve Got Mail and Sleepless in Seattle; Penny Marshall’s A League of Their Own; Ron Howard’s Apollo 13, The Da Vinci Code, Angels & Demons and Splash; and the computer-animated blockbusters Cars, Toy Story, Toy Story 2 and Toy Story 3.

Hanks’ work on the big screen has translated to success on the small screen. Following Apollo 13, he executive produced and hosted the acclaimed HBO miniseries From the Earth to the Moon, also directing one segment, and writing several others. His work on the miniseries brought him Emmy, Golden Globe and Producers Guild Awards, as well as an Emmy nomination for Best Director.

His collaboration with Steven Spielberg on Saving Private Ryan led to them executive producing the HBO miniseries Band of Brothers, based on the book by Stephen Ambrose. Hanks also directed a segment and wrote another segment of the fact-based miniseries, which won Emmy and Golden Globe Awards for Best Miniseries. In addition, Hanks earned an Emmy Award for Best Director and an Emmy nomination for Best Writing, and received another Producers Guild Award for his work on the project.

In 2008, Hanks executive produced the critically acclaimed HBO miniseries John Adams, starring Paul Giamatti, Laura Linney and Tom Wilkinson. It won 13 Emmy Awards, including the Emmy for Outstanding Miniseries, as well as a Golden Globe for Best Miniseries, and a PGA Award. More recently, Hanks and Spielberg re-teamed for the award-winning HBO miniseries The Pacific, for which Hanks once again served as executive producer. The ten-part program won eight Emmy Awards, including Outstanding Miniseries, and brought Hanks his fourth PGA Award.

In 2012, Hanks executive produced the HBO political drama starring Julianne Moore and Ed Harris, which follows Sarah Palin as John McCain’s running mate in his 2008 Presidential campaign. Game Change was awarded Emmy and Golden Globes for Best Miniseries/Television Film as well as earning several other awards and nominations. In 2013, Hanks served as host, narrator and historical commentator for the two hour National Geographic television movie based on the best-selling book Killing Lincoln. In 2013, Hanks and Playtone produced the Emmy nominated CNN documentary series, The Sixties, and in 2014, the HBO miniseries, Olive Kitteridge, based on the Pullitzer Prize-winning novel by Elizabeth Strout. In 2015, Oliver Kitteridge won eight Emmy awards, including Outstanding Limited Series, three Critics’ Choice Television Awards, a DGA award and a SAG award.

In 1996, Hanks made his successful feature film writing and directing debut with That Thing You Do, in which he also starred. He more recently wrote, produced, directed and starred in Larry Crowne, with Julia Roberts. Under his and Gary Goetzman’s Playtone banner, they produced 2002’s smash hit romantic comedy My Big Fat Greek Wedding, with his wife Rita Wilson. Other producing credits include Where the Wild Things Are, The Polar Express, The Ant Bully, Charlie Wilson’s War, Mamma Mia!, The Great Buck Howard, Starter for 10 and the HBO series Big Love.

He was later honored by the Film Society of Lincoln Center with the Chaplin Award in 2009. In 2014, Hanks received a Kennedy Center Honor.

Sarita Choudhury (Zahra) most recently portrayed the role of Jasleen in Isabel Coixet’s drama Learning to Drive, which was released this past summer. Choudhury will next appear opposite Tom Hanks in Tom Tykwer’s film, A Hologram for the King, as well as, opposite Danny Huston in Simon Astaire’s film, The Last Photograph.

Garnering raves on stage for her performance as Frida Kahlo in The Rise Of Dorothy Hale, Choudhury has also appeared in the acclaimed productions of playwright Vijay Tendulkar’s Sakharam Binder, The New Group’s Roar with Annabella Sciorra, and Rafta, Rafta….

On television, Choudhury has portrayed recurring roles on Blindspot, Kings, Deadline, 100 Centre Street, and Homicide: Life on the Street. She has also appeared on The Good Wife, Bored to Death, Damages, and Law & Order.

Alexander Black (Yousef) is a versatile American actor chosen from a world-wide search to play the 2nd lead opposite Tom Hanks in A Hologram for the King. He is known to go to great lengths to portray characters. In the upcoming movie Tim, he lost 40 pounds and gained 15 pounds of muscle in order to play both Tim and Tim’s Ego. In A Hologram for the King, he traveled from Los Angeles to Jeddah in order to immerse himself in the culture in preparation for the role. In the stage play Grand Hill, in which he played a standup comic, he performed stand up in various Los Angeles and New York venues under the names “Omar Guillermo” and “Theodore.”

In 1985, Tom Tykwer (Writer/Director) moved from his hometown of Wuppertal to Berlin, began studying philosophy at the Free University Berlin, and working as a projectionist in repertory theaters. In 1988, he took over programming of the Berlin cinema Moviemento and kept his head above water by editing screenplays and shooting portraits of a variety of film directors for German television. It was during this period that he met cinematographer Frank Griebe, with whom he’s worked on nearly every film he’s made to this day.

In 1994, along with Stefan Arndt, Wolfgang Becker, and Dani Levy, Tykwer co-founded the production company X Filme Creative Pool. Stefan Arndt, who had also co-produced Deadly Maria, and X Filme co-manager Maria Köpf, formed a producer team that would work closely with Tykwer over the years to come.

Tykwer spent 1995 and 1996 writing the screenplay for Life Is All You Get with Wolfgang Becker before directing his own second feature, Winter Sleepers (1997). The project introduced him to several new collaborators, among them the sound designer and mixer Matthias Lempert, with whom Tykwer has worked on every single one of his films since.

Run Lola Run followed in 1998, scoring X Filme its first great success abroad. Despite — or perhaps even because of — its unusual narrative structure, Run Lola Run was the most profitable German film of that year, and it’s since won over 30 prestigious awards around the world.

In 2008, Tykwer and his wife Marie Steinmann-Tykwer co-founded the non-profit organization One Fine Day, which fosters art education and development for young people in Kenya, East Africa. This work has led to the founding of the production company One Fine Day Films, which has been developing feature-length films in workshops since 2009. Among the projects have been Soul Boy (2010, by Hawa Essuman), Nairobi Half Life (2012, by David “Tosh” Gitonga), Something Necessary (2013, Judy Kibinge) and Veve (2014, Simon Mukali).